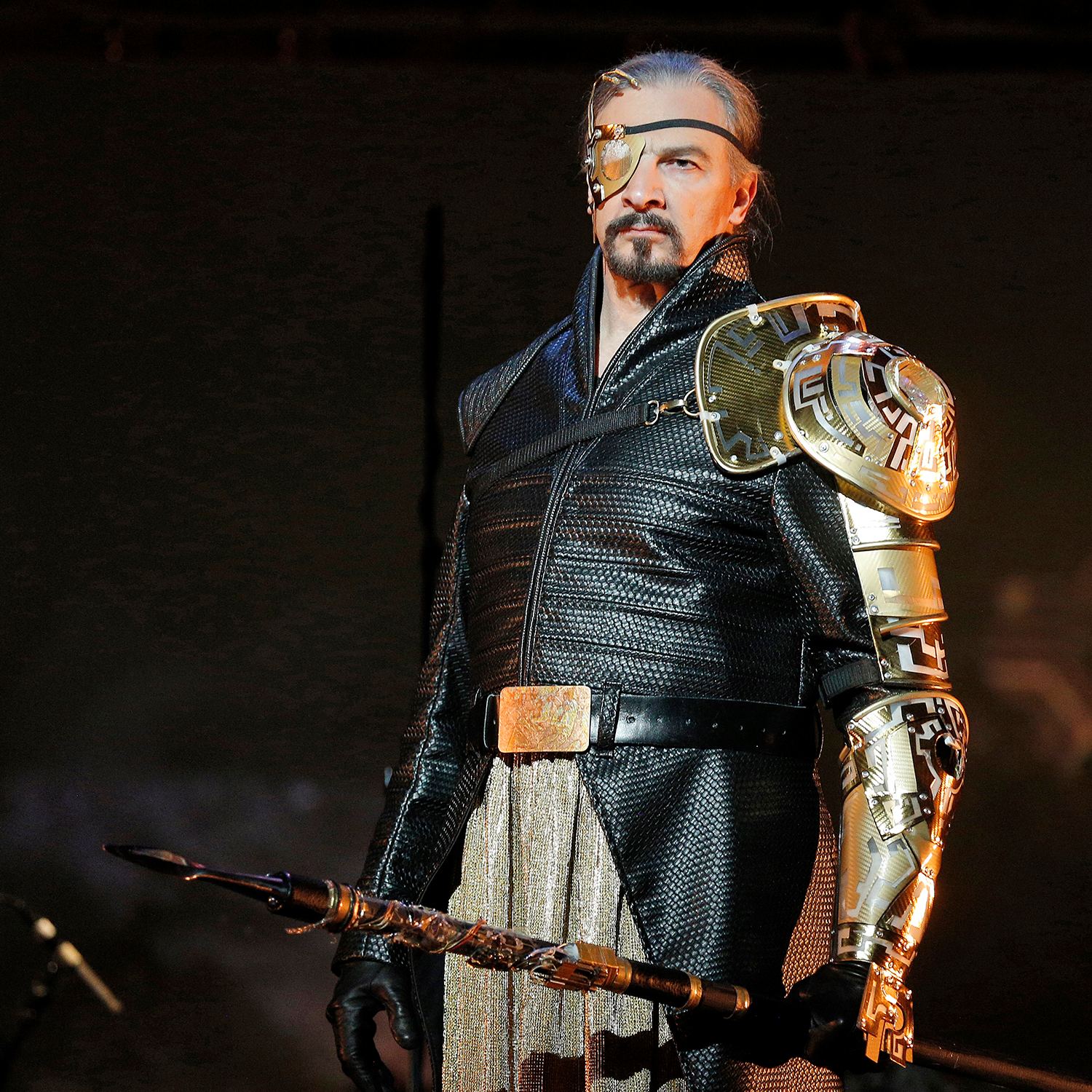 Richard Wagner never set out to create the largest work of art in Western civilization. And yet, by the time his epic Der Ring des Nibelungen premiered in 1876 at Bayreuth—a theater custom built for performances of the Ring—Wagner had written over 14 hours of music, dramatizing the birth and death of civilization itself.

Born in Leipzig in 1813, Wagner’s life directly correlates to the development of the Ring and the maturation of his Germanic homeland. As a young man, Wagner fought for the political unification of Germany. He was vigorous, passionate, and politically active, helping orchestrate the Dresden Uprising of 1849.

However, the revolt failed, and Wagner fled to Switzerland where he decided to put his faith in art instead of politics. He decided to use Germanic stories to unite his homeland, chosing the hero Siegfried as the subject for his next opera. However, as he began to sketch The Death of Siegfried, he realized a prequel was required. Wagner expended his initial libretto into two full-length music dramas. But once again, these did not satisfy. Wagner continued to work backwards, adding a third opera which dramatized Siegfried’s complicated parentage, and a cosmic prologue, Das Rheingold, to set the subsequent action in motion.

As the music dramas expanded in number, size, and scope, Wagner’s dramatic focus shifted from the young hero, Siegfried, to the head god, Wotan (Odin of norse mythology). In its final form, it is Wotan who holds the dramatic power of the Ring as Wagner transformed the story of Siegfied's ideal heroism into a searing portrait of Wotan's disillusionment.

Wotan believes himself to be all-powerful, but he learns that his power has limits. By initiating law and order, Wotan discovers that the lines between legality and morality are often blurred. Wotan realizes that what he wants to do, and what he must do are in opposition to one another. Sound familiar?

While the libretti were written backwards, Wagner composed the music in chronological order beginning with Das Rheingold and ending with Götterdämmerung. Throughout this process, he developed a new system of composition which relied on churning, constantly evolving musical motives, called leitmotifs. These musical themes are first established in Das Rheingold and culminate in the destruction of Valhalla and the death of the gods at the end of the cycle.

Germany ultimately became a unified nation in the 1870s, but it did not achieve nationhood the way that the young, rebellious Wagner intended. Instead of a fiery, glorious revolution, Germany was created through diplomatic backdoors and convoluted martial maneuvers. Germany became a nation not with a bang, but with a whimper and by the end of his life, Wagner had become as cynical and disillusioned as Wotan, himself. Wagner, like Wotan, asked the question, “Was it all worth it?” If decay is inevitable, is progress ever possible? In the face of death, does life have meaning?

These questions lie at the heart of humanity, and they lie at the heart of the Ring. Therefore, the largest work of Western art concerns the smallest, darkest parts of our psyche as Wagner attempts to bring renewal to societies--and individuals--destined to decay.

Cinderella at the Opera Center

Join Arizona Opera for a daytime performance of our traveling school show Cinderella in the Wittcoff Black Box Theater at the Arizona Opera Center!